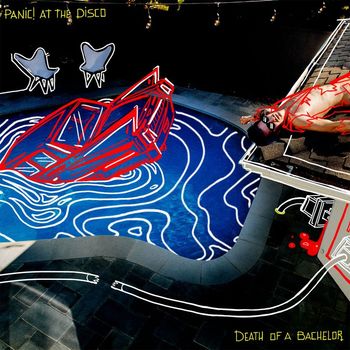 7digital What we said: If every other full-time member of your band quit, leaving you alone, you’d probably think long and hard about calling it a day. Following the departure of drummer Spencer Smith in the spring of 2015, Panic! At The Disco-frontman Brendon Urie found himself in this precise predicament. Instead of giving up, however, Urie took it on the chin, turned Panic! into a solo recording project, and is now unveiling what might well be the most audacious album of his career. Directly inspired by the never-seen-together-before trio of Queen, Frank Sinatra and Knoxville deathcore outfit Whitechapel, Death of A Bachelor is a smash-and-grab, pop-rock romp, fuelled by the irresistible euphoria that comes with creative emancipation.

Also by Panic! At The Disco