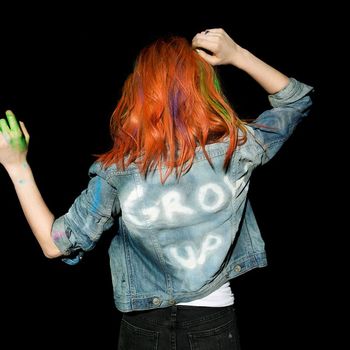 7digital What we said: Following a public war of words and the departure of two founding members, Paramore’s fourth album was always going to be a difficult record to make. Thankfully, not only have they soldiered on as a trio, they’ve raised the bar for “pop rock” in the process. Coming over two parts Karen O to one part Taylor Swift, Hayley Williams is unquestionably still the driving force behind the band, but the diversity of sounds and the intricacy of instrumentation here confirm that the album was truly a group effort. Indeed, their willingness to experiment proves to be their greatest strength, with the rock bombast of ‘Now’ contrasting brilliantly against the funky, gospel choir-bolstered ‘Ain’t It Fun’.