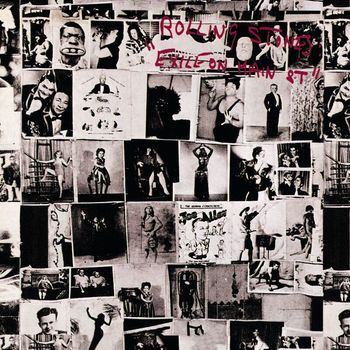 7digital What we said: It’s funny that a product of the darkest times in the Stones' chequered history also doubles as a real example of redemption rock. Exiled from their homeland as tax exiles, the now infamous decamping to the South of France has its rightful place in Rock ‘n’ Roll history, and new documents of the event are coming to light now, thirty five years after the event. They reveal a band in utter turmoil, split into two fragments with drug problems threatening to tear the band asunder. But this is the Stones we’re talking about here, what doesn’t kill them only makes them, stronger, right? Right. Exile is a record that exhibits a band at the height of their powers, friction and conflict only serve to strengthen their songs, enriching them with a malice and longing that has never been replicated by them, or anyone else for that matter, since. The music itself is a revelation, from Blues stompers such as Ventilator Blues to Gospel-tinged laments like Tumbling Dice or Sweet Virginia. You owe it to yourself to own this album, especially with all of the juicy extra tracks that were included on the deluxe re-release earlier this year. Essential.

Also by The Rolling Stones